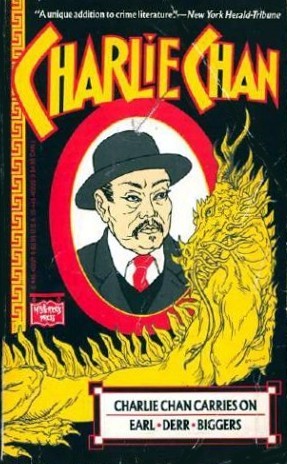 In Room 28 on the 3rd floor of Broome's super-respectable hotel in London, lay an American tourist, one Hugh Morris Drake, kindly automobile manufacturer from Detroit. He had been murdered in the night. Drake was a member of a round-the-world travel party, and before Inspector Duff of Scotland Yard could discover any convincing evidence, the group was moving on. By train and ship they widened the distance between themselves and Broome's Hotel, while Death hovered like a brooding hawk above, and Duff tried frantically to get the answer to the puzzle. How Charlie Chan comes into it, the reader will want to discover for himself. Suffice it to say that he does come in -- the same old Charlie with his fresh aphorisms and delicious mannerisms ...

With All Due Respect: Defending America With Grit and Grace

Keeper of the Keys (Charlie Chan, #6)

The House Without a Key (Charlie Chan, #1)

A Bookshop in Berlin

Earl Derr Biggers was born in Warren, Ohio on August 24, 1884. Years later, while attending Harvard University, Biggers showed little passion for the classics, preferring instead writers such as Rudyard Kipling and Richard Harding Davis. Following his graduation from Harvard in 1907, he worked briefly for the Cleveland Plain Dealer and at Bobbs-Merrill publishers. By 1908, Biggers was hired at the