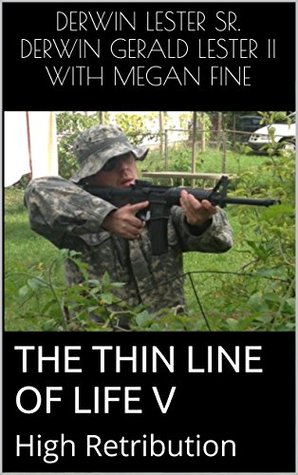 A quiet day in America was a normal one. A basketball game, an ice cream truck. Sundays in church. Till the Zombies came. There were no more quiet days after that. Only violent, sad ones. Days filled with survival, if you were lucky.
Sergeant McAllister was one of the lucky ones. His days were filled with combat, with destruction, but also hope in the form of his wife and unborn child. They gave him reasons to be lucky as the war dragged on.
Then his luck paid off, in the form of a ship from the stars, a discovery of where the Zombies came from. Well, a discovery for him. The brass at Norfolk knew about that already.
They knew about him too, how he took out a crashed alien ship all by himself, capturing prisoners along the way. They knew how tough of a bastard he was. So they had one more mission for him, and he wasn't going to like it.

The Thin Line of Life II: The Fight Continues

The Thin Line of Life IV: Episode II:And the Dead Shall Give Up Their Graves...

The Thin Line of Life III: Struggle for Survival

The Thin Line of Life IV: Episode 1: A Touch of Hope

The Thin Line of Life

The Thin Line of Life IV: The Road To Retribution